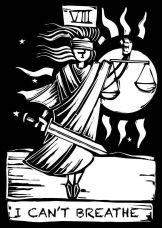 I am occasionally asked by other white people where to get trustworthy information about racism in America. What is often omitted but implied, is validation for the Black experience as focused on claims of injustice. I have been asked where it is that I get my information about racism in America and why it is that I trust that information. The question itself tells us where we are in the process of hearing, listening and learning. This is the failing teachability aspect that is at the DNA level of white denial and its intricately infused bias of supremacy.

There is no shortage on Black Americans speaking out. There is no shortage of first hand information if we choose to avail ourselves of that information. The question here is; why is it that white people question the primary sources for direct information? The availability of information on racism in America is more abundant than probably any other subject of social and economic condition for any society ever existing in the history of the world. Hundreds of years of empirical expertise await anyone who wishes to access it. The options for both scholarly or popular sources on the subject are vastly experiential and authentic in ways few other subjects can offer to any level of inquiry, and are not even necessarily separate sources as would be the case with most any other subject of interest.

What’s even more, at the ease of simple and even passing desire we have generational, intergenerational and intragenerational record from the first twenty enslaved Africans in the British Colony of Virginia until today, if it is purely the the American adaptation that is sought. From then forward, the woven fabric of racism’s establishment in America as justification for abuses and exploitations few if any white people can fully comprehend are accessible, visible and entirely certain at each intentional and deliberate thread. These sources, individually or collectively, are recent and broad enough to be authenticated almost by mere publication, because no other social history has been more scrutinized, more challenged, more validated or proven, and yet consistently responded to with unapologetic reactionary white denial.

There is nothing more certain in America than the injustice to indigenous and enslaved populations, nor is there anything more vehemently obfuscated, avoided or even denied by white America. Whether intentional or unconscious, white America continues to face the most feared of all challenges to belief. The contradictions to the greatness of America, the goodness of its founders and its righteousness as the light upon the hill. If there is anything that ever fully proved Leon Festinger’s theory of cognitive dissonance, it is white America’s reconciliation with a very truthful and fully available Black and White American History. The only thing asked of white America, and more politely than any sets of atrocities may have ever been asked, is to listen, open your eyes and set aside the story of America that you believe you know. It has been brought to you by the very same sources, for the same brand of appeasement that brought you Santa Clause, the Easter Bunny and the Tooth Fairy. It is time to look and to see. You will find that it isn’t so bad to live without this fantasy either. It is in fact the very means by which the greatnesses you feared might be lost, can fully and authentically, once and for all, arrive to all.